Back to all posts

It's happening! I am so dang thrilled to announce the upcoming release of my new album, Crazy Love. I produced and recorded this in Austin with my band, The Wild Bunch, and several of our friends and we are all pretty proud of the music we made.

After touring at the end of 2016, I was ready to get to work on recording a new album. Because I didn't have much money and wanted to spend more than a few days recording this album like all my past records, I decided to record this myself.

I got the core band together (Daniel Wilcox on guitar, Travis Garaffa on drums, and David Morgan on bass) and I invited Mike Molnar from the Bellfurries and two of my friends from Santa Fe(Greg Butera and Ryan Little) to help out. I traded some guitars for microphones and borrowed some gear and bought some fancier amps, guitars and microphones on credit card. Finally, I had the essentials and I got my band and my friends together and we recorded this at my house in Austin. I then left to tour overseas for a month, but before I left, I gave the rough mixes to some friends. Luckily, one of them at Super Secret Records heard those rough mixes and said they wanted to help release it. After sitting on it for a while, I finally got it properly mixed and mastered and sounding HUGE like a real classic rock record. I couldn't be happier with it. It's basically a rock and roll and country and singer-songwriter record all rolled into one. I wrote new songs for this record including one I co-wrote with my mom. PLUS, there's a cover of one of my all-time favorite songs, "Look At All The Things", the 1971 masterpiece by Danny Whitten and Crazy Horse.

If you liked my other records then I think you'll like this one. Actually, I hope you'll LOVE it. Love it like crazy.

As the release date gets closer, I'll be sharing previews of songs and videos, but until then, I recommend you go pre-order it while it's on sale.

and on CD with a complementary blue cover.

Look At All The Things

Drunk On Your Songs Again

When Will I Find My Love

Partner In Time (available only on the CD version) 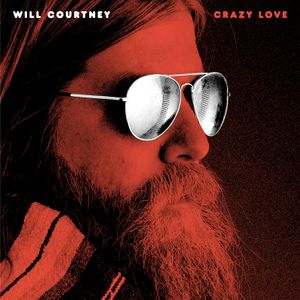